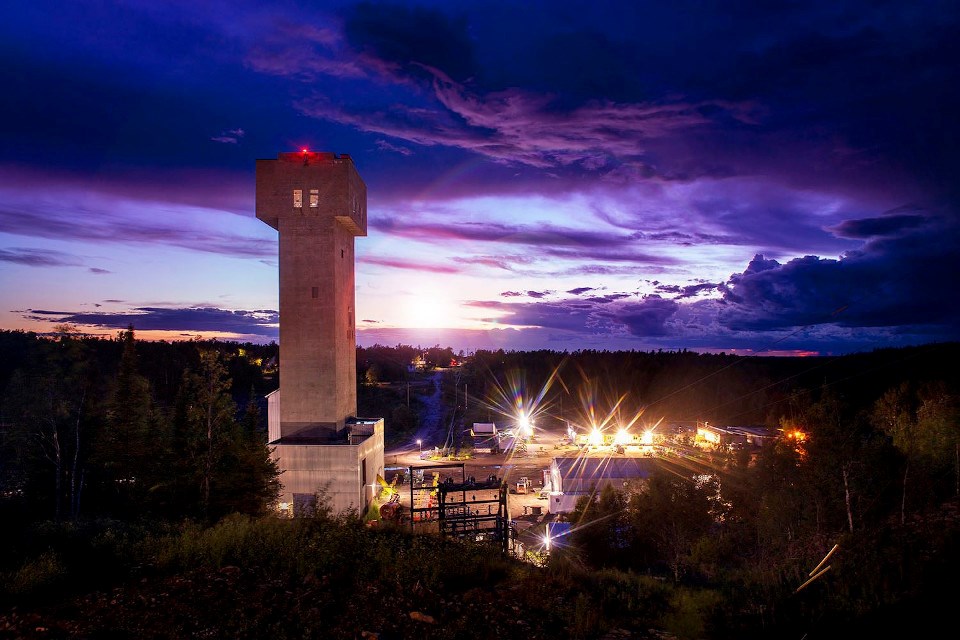 Buried in an April 22 news release from the financially struggling Red Lake miner was news that 20 per cent of its workforce — 65 employees — were laid off in February to get staffing levels down from 340 to 275.

It’s one of many cost-cutting moves made by the Vancouver-based gold miner to reach the break-even point on the cash flow side at the northwestern Ontario underground operation. But management is promising better results down the road.

It’s been an extremely rocky first four months of 2022 for the company’s only mining operation, now on its third president in less than a year, among a flurry of  changes in senior management and at the operational level.

Company director Mark O’Dea is the new interim president of Pure Gold. He replaces Troy Fiero who is stepping down for health reasons. Fiero came aboard in January to replace Darin Labrenz who was ousted.

The Pure Gold Mine entered commercial production only last August on the site of the former Madsen Mine.

In year-end financials, Pure Gold reported a $34.9-million loss for its fiscal year.

The company has been falling short in reaching its gold production targets, especially on the high-grade ore side, blaming it on underground mine construction delays, bad scheduling, “insufficient geological information” for the stopes about to be mined, equipment issues, and “strategic misalignments.”

The company further reported a COVID outbreak in January that they warned might curtail production.

These days, the relatively fledgling operation is being talked about in recent news releases as a “turnaround” project with new expertise being brought in to “fast-track” a plan to put the operation in the black and build a “culture of operational excellence.”

The focus of the news release was that Pure Gold is borrowing US$6 million in cash and setting up a line of credit from Sprott Resource Lending.

But the company warned it’s not out of the woods yet. Additional capital is needed to reach a “state of positive site-level cash flow” and finish a new life-of-mine plan coming out later this year. To do, Pure Gold said it is “evaluating a range of strategic and potential financing alternatives to source this capital.”

“The additional credit facility and support from our lending partner Sprott provides the company with the liquidity and time needed to maintain the positive momentum of the operational turnaround and optimization initiatives currently underway while, in parallel, we continue working toward updating our life-of-mine plan and evaluating a wide range of strategic and potential financing alternatives,” said Chris Haubrich, Pure Gold’s CFO and vice-president of business development, in statement.

Among the other cost-cutting measures, the processing mill will run two out of every four weeks. It will return to a full-time schedule when mine production increases.

Exploration drilling has been “scaled back to two rigs,” which the company claims is enough to continue an “aggressive” campaign of building more ounces in “high-confidence stopes” ahead of mining activity.

A halt has been called to construction of a main access ramp, plunging down to a current depth of 500 metres. The company said it’s several hundred metres away from an area of the mine they are currently. The resources being allocated to that development are better use in areas where they expect to be mining soon.

All these cost-costing measures combined will save the company $4 million — about 30 per cent — in the second quarter of this year compared to the first quarter.

Another $1 million in savings per month will be realized by installing an on-site camp, renegotiating agreements with suppliers, and finding solutions to better use the workforce and better manage their overtime.

Management has launched a six-month plan, running into September, to get the mine to the point of consistently mining 615 tonnes of ore per day, at an average grade of 5.4 grams per tonne, yielding 2,500 to 4,100 ounces of gold per month, and then, by the midway point of this year, boost the mining rate to 800 tonnes per day, on the way to hit the 1,000 tonne-per-day mark.

A new life-of-mine plan will come out by the fourth quarter of this year, including an updated gold reserve and resource estimate. The plan will be based on 60,000 metres of tightly spaced definition drilling around its gold zones.

Pure Gold management is placing “high confidence” in the months beyond of seeing the fruits of their exploration labour and are optimistic of growing its inventory of mineralization material in the coming months.

The company was reporting at the beginning of the year that underground and surface drilling teams were finding high-grade gold in areas of the mine where mining will soon begin.

But not everyone is buying the company line.

Pure Gold is the subject of a civil claim in British Columbia Supreme Court about whether the company has been misleading the investing public on the state of its financial affairs and operational problems.

Rosen Law has launched an investigation. KND Complex Litigation is proceeding with a class action suite against officers and directions of Pure Gold and the underwriters of financing between 2021 and 2022.