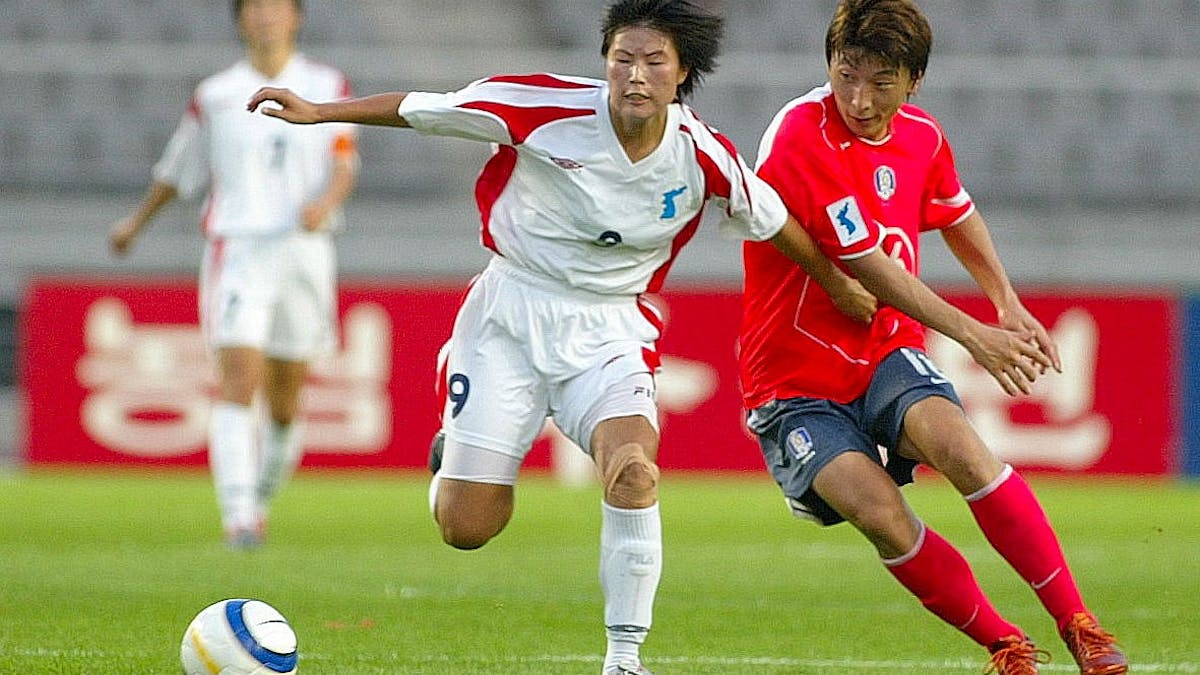 Sport is relatively easy. There are a set of rules and competitors compete to determine a winner. Sometimes the rules for the same sport may vary slightly depending on where it is being played and which sports body is administrating those games. For example, the rules of Olympic basketball are slightly different than those used in NBA. This is one of the few things where humans seem to not want to fight about.

Unless you belong to North Korea. There is nothing about North Korea that is not crazy. The same applies to their sports as well. This isolated state simply does not follow any universally accepted conventions on sport or any other sports traditions that are followed across the world. Here are some ways how North Korean sports can get extremely ridiculous.

It is a classic trait of authoritarian regimes to romanticize the glorious past of their countries. Benito Mussolini was interested in restoring Italy to the former glory of the Roman Empire while Adolf Hitler had aspirations to make Nazi Germany a spiritual successor to the Holy Roman and German empires. They try to force their people to believe things were better in the past and that they should return back to their glory days. The North Korean government has taken this a step further. They simply tell their people they are super awesome right now despite there not being any concrete evidence to suggest this.

For example, were you aware that North Korea has been a FIFA World Cup winner? Or do you recall when their ace sprinter Jong Song-ok won a gold medal at the 2000 Sydney Summer Olympics? You don’t remember because this never happened. North Korea has only played two world cups and has just won one match overall. Jong Song-ok was banned from participating by then North Korean ruler Kim Jong-il because he feared she would lose. But they still create giant murals and other pieces of art in public spaces to celebrate these and other sport “victories.”

Basketball rules are a lot different in North Korea than in NBA and in international basketball. Most of these anomalies are centered on scoring rules. What is usually a three-pointer gets your team four points if the ball goes in the basket without touching the rim. Imagine the pressure on the referee to make such close calls, especially if it is a nail-biting game where one point at the end can make all the difference.

You also lose a point if a player in your team misses a free throw. North Korean basketball players must be feeling intense pressure. Any shot made three seconds before the final whistle or earlier earns the scoring team eight points. That is a huge number of points, especially in the final moments of a game. Usually, a seven-point lead with three seconds to go is enough to secure victory. But in North Korea, such a substantial lead can be completely wiped out with the right turn of events.

The ruling North Korean Kim family has a love affair with players associated with Chicago Bulls from the 1990s. The current ruler, Kim Jong-un is obsessed with 90s pop culture icons, including Michael Jordan. He once got his dad, Kim Jong-il, to personally invite Michael Jordan to play with him. Michael Jordan politely declined the offer.

Jordan was amongst the biggest celebrities at the time. Now he is a billionaire businessman and owns a franchise in NBA. So it made sense for him to refuse the trip to North Korea to participate in an exhibition game for a guy being accused of gross human rights violations.

Things get really crazy in North Korea. Their craziness has extended to their sports as well. It is such an absurdly secretive state that we are not quite sure if they even broadcast any sports events. Thankfully, major sports events, including basketball, get proper media coverage and can be seen live on TV. Check out these Dish Channel Packages to watch your favorite basketball matches and programs.