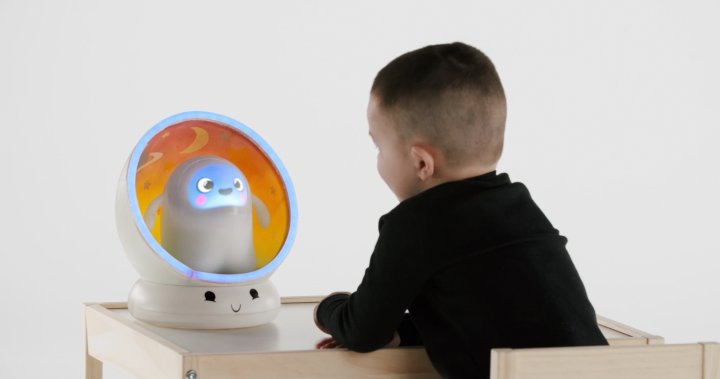 What do you get when you pair a love of robotics with a sleepless child? A Snorble.

Snorble is a children’s robot that helps kids and families develop healthy habits and bedtimes routines, according to its creator. It can teach children how to brush their teeth, but it also has interactive stories and games.

The intuitive character, experienced as a toy, is the brainchild of Halifax’s Mike Rizkalla.

“This is really about empowering the family to establish things that are important to them in terms of routines and things that help that child develop,” Rizkalla told Global News.

He says a New Jersey-based investor saw the value in the product, and invested $12.3 million.

“It allows us to focus, put our heads down and just focus on making the product the best that it can be.”

While Rizkalla is excited for the future of Snorble, he said it’s the overall experience that has been especially gratifying. Rizkalla said he was heading his Nova Scotia-based software development company, Brave New World, when he started to notice a new trend in robotics labs around the world.

“At the time, it was really about defining the human interaction experience for robotics,” he said, which prompted the company to experiment and “do crazy things.”

“Where the machine would actually understand who’s there, what they’re feeling, and then incorporate that into fun games and interesting interactions.”

Then came his second child, who wouldn’t sleep, and the serial entrepreneur said there wasn’t really anything on the market that helped. So, he and his 20-person team, 14 of which are based out of Halifax, started working on Snorble in November 2019.

“Getting to see how kids are really, really engaged with the product is really special, and that’s what I think makes us different,” he says.

Rizkalla says the first Snorbles are expected to ship out this summer to the first buyers from an Indiegogo campaign. He says he hopes to have Snorbles available to buy online and in stores by next year.

3:35
Robotic-assisted surgery first of its kind in Saskatchewan