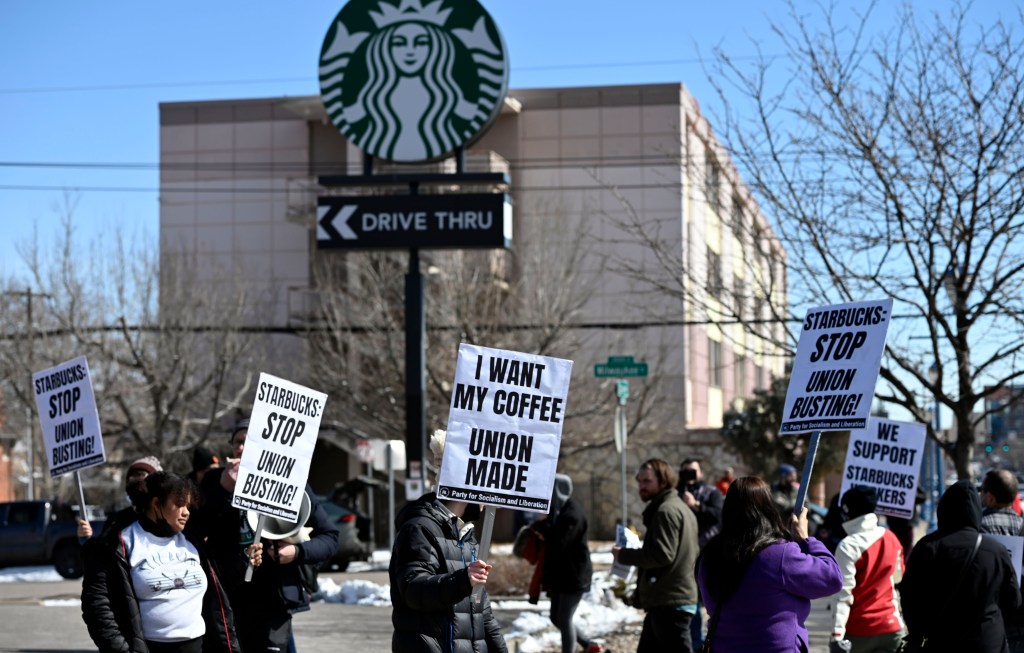 Employees of the coffee-shop giant across the country have been petitioning to hold elections since December when workers at Buffalo, N.Y., stores approved the first unions.

Elections are scheduled at six more Colorado stores, including ones in Colorado Springs and Denver. Those ballots will be counted in May and June.

A National Labor Relations Board employee counted the ballots cast by the Superior employees. The vote was 12-2 with one ballot voided. Thirty employees were eligible to vote.

“I’m kind of like body jitters, heart pounding, face flushed, kind of excited,” said Len Harris, a shift supervisor at the Superior store and one of the organizers of the petition for the election.

The workers will be represented by Workers United, an affiliate of the Service Employees International Union.

Wages, benefits and staffing will be among the top issues employees will address when they open bargaining with Starbucks management, Harris said.

Pete DeMay, a regional organizer with Workers United, said the union will demand that the company open bargaining with the staff.

“Our hope is that the company and their workers can hash out a fair agreement that addresses employees’ concerns,” DeMay said.

Other stores in New York, Seattle and Mesa, Ariz., have approved unions and employees at more than 180 locations in several different states have filed for elections.

Starbucks has said it will respect the legal process and bargain in good faith even though the company believes employees, which the company refers to as “partners,” are better together without a union.

Starbucks founder Howard Schultz, who led the company from 1987 to 2018, returned in March as interim CEO. Schultz, who explored a 2020 presidential bid, said in a letter to employees that he plans to meet with employees across the country and is suspending the company’s buyback of shares to invest more money in employees and stores.